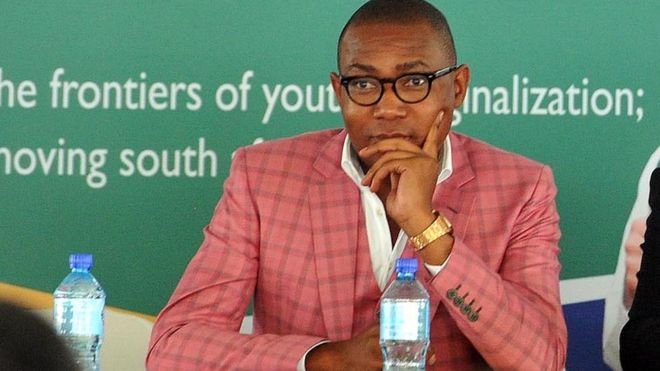 A South African minister has resigned amid accusations he assaulted a woman in a nightclub earlier this month.

He is accused of hitting the woman during an argument at the venue.

On Saturday, a brief statement from President Jacob Zuma’s office said he had accepted Mr Manana’s resignation, and thanked him for “his contribution to the work of government”.

Mr Manana has previously apologised for what he called a “shameful incident”. He claimed he was provoked, but “should have exercised restraint”.

His political party, the African National Congress, welcomed his resignation and also thanked him for his service.

When the allegations first emerged, the ANC said “such behaviour is unacceptable … violence against women is the shame of our times”.

The allegations caused widespread outrage in South Africa, where violence against women is not uncommon.

During his initial court hearing, he was brought into the courtroom through a separate entrance, and journalists were not permitted inside.

But Police Minister Fikile Mbalula insisted that Mr Manana would not receive any special treatment.

“The deputy minister will not be treated with special kid gloves but will face the full wrath of the law. The state fully supports the victim,” he said.

He was released on bail of $375 pending further investigation.

Related Topics:AfricaANCMduduzi Manana
Up Next

Grace Mugabe fails to appear at leaders summit in SA