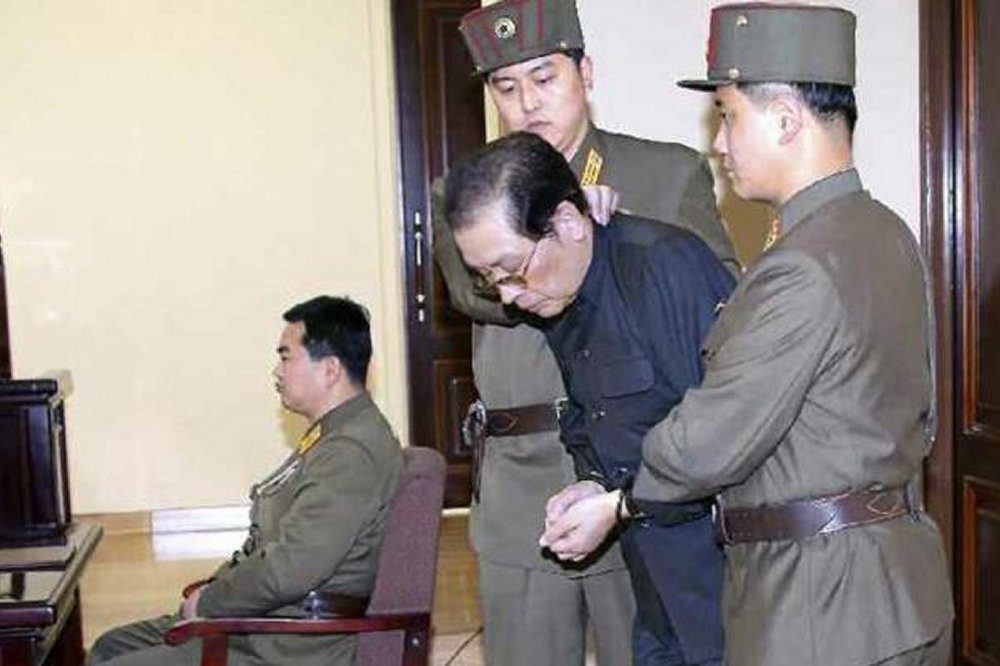 Kim Jong Un could be responsible for a record number of purges and executions since fully assuming power, while spending a massive fortune on nuclear weapons development, according to Seoul’s spy agency.

The North Korean leader may have dismissed or killed 340 North Koreans, many of them government officials, while pouring money into weapons of mass destruction, Yonhap reported Thursday, local time.

Those are the findings of the national intelligence service, according to the agency’s white paper covering Kim’s first five years of rule.

The report states Kim fully assumed power on Dec. 30, 2011, about two weeks after his father was pronounced dead on state television.

The mass executions of hundreds of high-ranking officials, including the public sentencing of Kim’s uncle-in-law Jang Song Thaek, is part of Kim’s plan to firmly consolidate his inherited power as the third-generation ruler of North Korea, according to the white paper.

A few months after mourning the death of his father Kim Jong Il, the younger Kim tried to gain momentum during the fifth session of the 12th Supreme People’s Assembly in April 2012, where he was elected supreme leader of the country.

The title conferred Kim with all power over the Korean Workers’ Party and other political bodies and effectively concluded the power succession, according to Seoul’s intelligence report.

The number of purges and executions has also skyrocketed as Kim increased his authoritative grip on the country, the paper states.

The report added the Kim regime has “ravaged” the national treasury by spending exorbitant sums of money on nuclear and missile development, as well as on the idolization of the ruler.

Seoul estimates about $300 million has been allocated to weapons development and $180 million has gone toward the production of 460 statues or monuments glorifying the Kims.