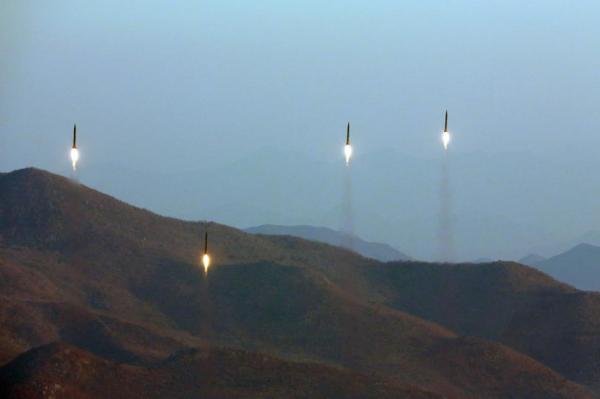 Any North Korea attack would be blocked from striking targets, the U.S. State Department said Monday.

Spokeswoman for the Bureau of East Asian and Pacific Affairs Anna Richey-Allen told Voice of America by phone the United States stands ready to defend itself against the North Korean threat, and come to the defense of allies Japan and South Korea.

The spokeswoman also called on Pyongyang to make the right choice by returning to serious dialogue in abidance with international obligations and commitments.

North Korea had recently threatened to engage in “special preemptive operations” while denouncing the U.S.-South Korea military exercises on the peninsula.

But it is North Korea that is acting out of the global norm.

North Korea, by contrast, does not invite international observers, the spokeswoman said, according to VOA.

Pyongyang’s belligerent rhetoric has been followed by frequent missile tests, and, according to experts, an increased likelihood of a nuclear weapons test.

A recent study from the Center for Strategic and International Studies’ Beyond Parallel initiative on Korean unification indicates there is more than a 50 percent chance of North Korea weapons of mass destruction activity within the next 30 days.

The engine technology could be eventually used in the launch of an intercontinental ballistic missile, according to the report.

Officials: North Korea will launch another nuclear test in next few days