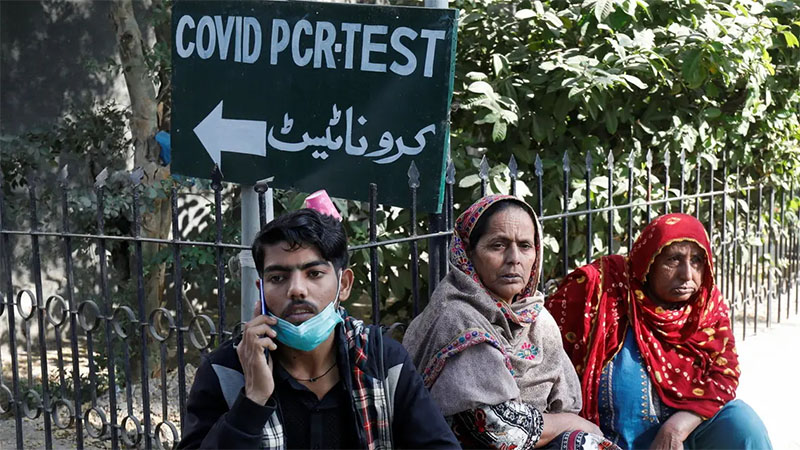 Pakistan reported on Monday more than 700 COVID-19 cases in a single day, its highest tally in two months, as authorities warned of a fifth wave of infections and made preparations to try to contain the fast-spreading omicron variant.

At least 708 cases in the past 24 hours pushed the positivity ratio to 1.55 percent, the highest since Oct. 24, according to data from the National Command Operation Centre (NCOC), which is overseeing the pandemic response.

“There is clear evidence now of a beginning of another COVID wave which has been expected for the last few weeks,” Asad Umar, the minister in charge of supervising anti-COVID-19 operations, said on Twitter.

Genome sequencing had detected a growing number of cases of the omicron variant, particularly in the largest city of Karachi, he said.

About 70 million people in Pakistan, or 32 percent of the population, have had two vaccine doses.

The first case of the omicron variant was reported on Dec. 13 in Karachi and a total of 75 cases were confirmed up to Dec. 27, according to National Institute of Health (NIH).

Twelve of the cases were linked to international travel, it said.

The provincial government of Sindh, of which Karachi is capital, is working on a strategy to contain the variant, which has included a partial lockdown of a Karachi neighborhood last week after about a dozen omicron cases were detected in a family.