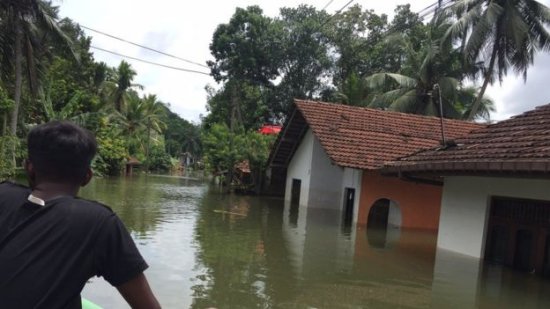 Sri Lankans recovering from devastating floods are bracing themselves for more rain as emergency teams rush to deliver aid.

Floodwaters receded on Sunday but many villages were still inundated.

At least 146 people have been killed and nearly 500,000 displaced in the flooding and mudslides triggered by heavy rains on Friday.

The INS Kirch arrived on Saturday.

Correspondents say rescue workers are using a break in the weather to deliver much-needed aid to the worst-hit areas.

The flooding is believed to be the worst since May 2003 when a similarly powerful monsoon from the southwest destroyed 10,000 homes and killed 250 people.

At least five mudslides were reported in Kalutara district and residents of the town of Baduraliya said it had been badly affected.

“Water came to our house. It’s very bad for us because we can’t go to school, tuition classes, and we can’t go to the town. and many people face this situation. Many houses are flooded,” Devindi Dissanayake told Reuters news agency.