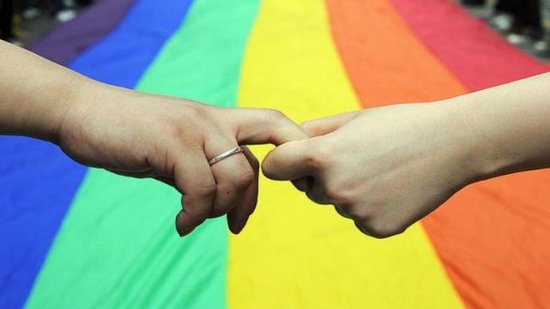 A gay man in central China has won an apology and compensation from a mental hospital over forced conversion therapy, reports say.

The man, identified only by his surname Yu, had been admitted by his wife and relatives to the hospital in the town of Zhumadian in Henan province in 2015.

He was forced to take medicine and have injections over 19 days.

But the court found that forcing him into a mental institution if he did not pose a danger infringed his rights.

Last month it ordered the hospital – which had diagnosed Mr Yu with “sexual preference disorder” – to publish a public apology in local newspapers and pay the 38-year-old $735, AP said citing a copy of the judgement.

However the court did not express an opinion on the practice of gay conversion therapy.

Homosexuality was considered to be a mental disorder in China until 2001, and attitudes remain conservative.

In 2014 gay rights activist Peng Yanhui went into a private conversion therapy clinic in Beijing to investigate the electroshock treatments it was advertising.

He later sued the hospital over the suffering he went through and won $500. Advertisements for the service were ordered to be removed from the internet.

“It’s time for China to enact laws to prohibit forced gay conversion therapy,” he told AP after the Zhumadian ruling, which he said confirmed that forced treatments were illegal.

However, millions of gay people in China have married heterosexual partners rather than come out as gay as a result of pressure from families, advocacy groups say.

Last month a lesbian dating app was closed down by the authorities. Users said the move came after the app expressed support for parents of LGBT children who were handing out leaflets at a Shanghai marriage market, where parents try to find partners for their children.

Last year a judge ruled that a gay couple could not register as married, the first case of its kind in China.

How does China try to ‘convert’ gay people?

These are the suggested treatments for homosexuality listed in “Consulting Psychology” published by Guangdong Higher Education Press, a recommended text for mental health education:

1. Platonic love relationship: Find an “elegant and caring” member of the opposite sex. Establish a relationship as friends initially. Then hope it becomes something else.

2. Repulsion therapy: Induce nausea with forced vomiting or fear of electrocution when thoughts of having a lover of the same sex emerge.

3. Shock therapy: Cause major shock to your lifestyle by moving to an entirely new environment in order to sever connection with previous friends, etc.

4. Sexual orientation transfer: When you are aroused, practise channelling that feeling towards somebody of the opposite sex using pictures and audio recordings.