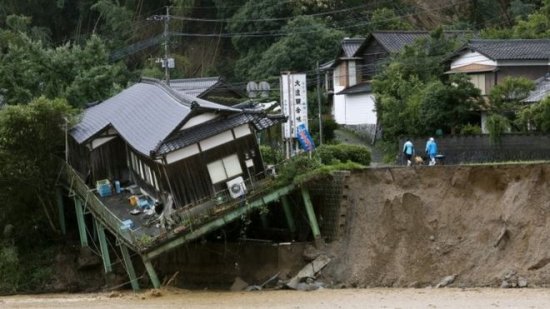 The death toll from flooding caused by recent heavy rain in southern Japan has risen to at least 15, officials say.

Emergency teams are searching for another 15 people who are missing.

Rivers burst their banks, destroying buildings and roads after more than 50cm (20in) of rain fell on parts of Kyushu, Japan’s southernmost island, over a 12-hour period on Wednesday.

Rescuers are working through thick mud to try to reach stranded survivors. Hundreds have already been evacuated.

The worst-hit areas are in Fukuoka prefecture.

About 12,000 police, military, firefighters and coast guard personnel have taking part in the rescue operation.

We will use military force on North Korea if we must: US