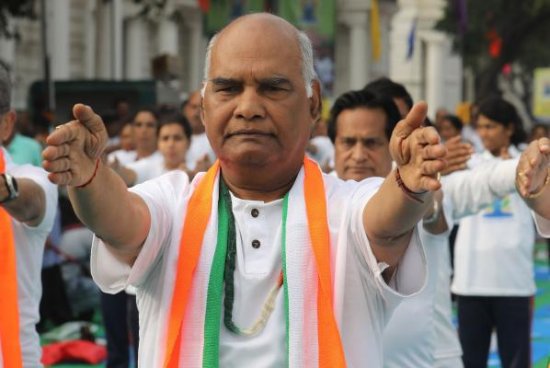 The Election Commission of India on Thursday said Ram Nath Kovind, formerly the governor of the Bihar state and a member of the Dalit, has won the presidential election.

Indian Prime Minister Narendra Modi, a member of the NDA, lauded Kovind for his victory.

“Congratulations … on being elected the president of India! Best wishes for a fruitful and inspiring tenure,” Modi said in a statement. “Gladdened by the extensive support for [Kovind] among MPs and across various states.”

Kovind, 71, received 65 percent of the vote to Kumar’s 34 percent. Mukherjee will leave office on Tuesday.

“I am not upset, why should I be upset? I am a fighter, I fought for the belief and faith of majority of my countrymen and women,” Kumar, 72, said after results were announced.

The presidential election was held Monday but counting votes did not start until Thursday morning. India’s president is elected by an electoral college made up of parliament members of the state assembly.

The Times of India reported all of the 4,880 valid voters — 4,109 members of legislative assemblies and 771 elected members of parliament — cast ballots. Twenty-one were considered invalid.

Kocheril Raman Narayanan, the 10th president of India from 1997 until 2002, was the first member of the Dalit — or untouchable caste system — to hold the presidential post.

US to ban Americans from travelling to North Korea