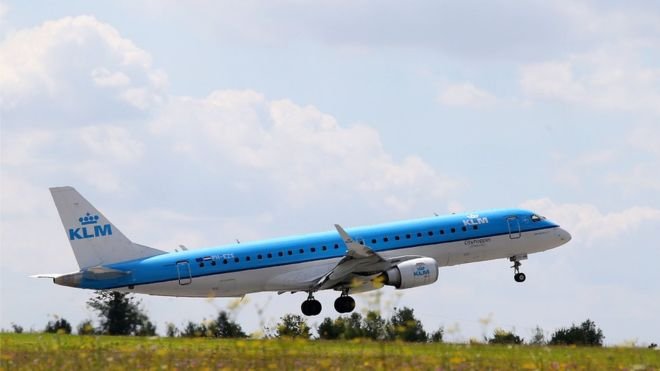 A car was seriously damaged when part of an aeroplane’s wing landed on it in the Japanese city of Osaka.

The piece, which weighed more than 4kg (9lb), fell from a KLM Royal Dutch Airlines plane shortly after it departed Kansai International Airport on Saturday.

It damaged the car’s roof and smashed its rear window after falling more than 2,000 metres (6,500ft).

No one was injured in the incident but KLM has launched an investigation.

The piece broke off from the wing of a Boeing 777 which had more than 300 passengers on board. The flight landed safely at Amsterdam’s Schiphol airport later on Saturday.

In a statement, the Dutch airline said: “KLM regrets this incident and has immediately launched an investigation into the causes.”

They added they were “in close contact with Japanese civil aviation authorities and Boeing”.

N.Korean leader hits back at US threat