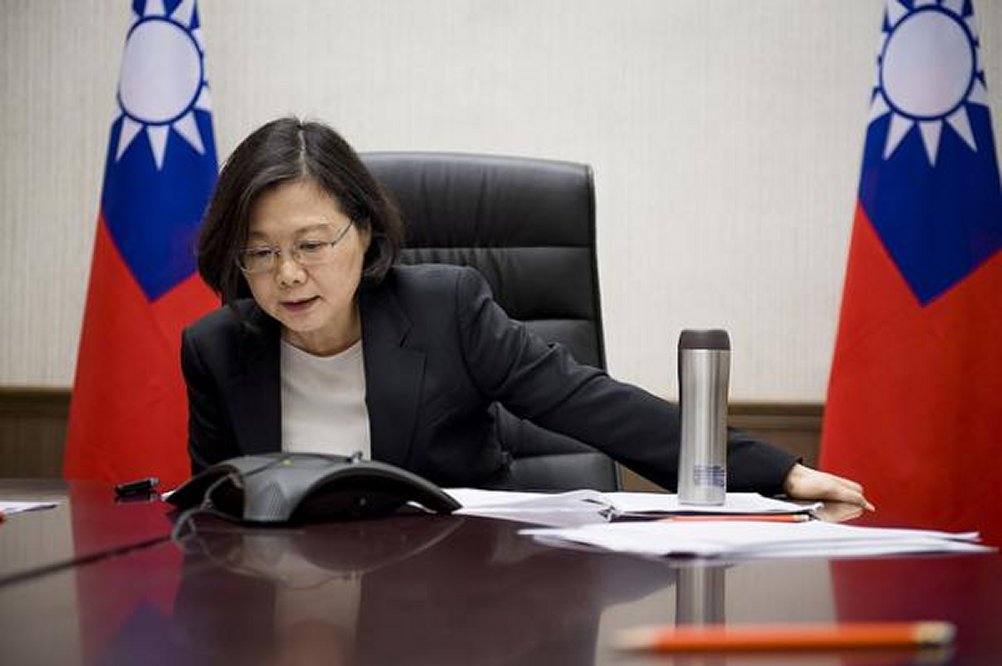 China’s foreign ministry said it filed a complaint to the United States about a call between President-elect Donald Trump and Taiwan’s president.

Since 1979, the U.S. has acknowledged Beijing’s claim that Taiwan is part of China in a “one China” policy. Because there are no formal diplomatic relations between the U.S. and Taiwan, the call didn’t follow protocol.

“We have noticed relevant reports and lodged solemn representation with the relevant side in the United States,” said a statement Saturday from China’s Foreign Ministry spokesman Geng Shuang. “I must point out that there is only one China in the world and Taiwan is an inseparable part of the Chinese territory … The ‘one China’ principle is the political foundation of China-U.S. relations.

“We urge the relevant side in the U.S. to adhere to the ‘one China’ policy, abide by the pledges in the three joint China-U.S. communiques, and handle issues related to Taiwan carefully and properly to avoid causing unnecessary interference to the overall China-U.S. relationship.”

“The ‘one China’ policy is the cornerstone of a healthy China-U.S. relationship. I hope this political foundation won’t be disrupted or damaged,” he said during a foreign policy seminar.

The call was the first publicly reported one between a U.S. president or president-elect since Washington established diplomatic relations with Beijing 36 years ago, said Bonnie Glaser, a China expert at the Center for Strategic and International Studies told CNN.

Trump’s transition team said Tsai had called the president-elect to merely give her congratulations to him on winning the presidency.

“During the discussion, they noted the close economic, political, and security ties [existing] between Taiwan and the United States,” the team said,.

Trump posted on Twitter on Friday, “Interesting how the U.S. sells Taiwan billions of dollars of military equipment but I should not accept a congratulatory call.”

Taiwan’s president published a statement Friday night about the phone call on it official website. It was described as an “intimate and relaxed conversation” lasting 10 minutes.

Xi told Kissinger, “The presidential election has taken place in the United States and we are now in the key moment. We, on the Chinese side, are watching the situation very closely. Now it is in the transition period,” the Post reported.

On Sunday, Vice President-elect Mike Pence said on Meet the Press on NBC the call was merely a “courtesy.”

“She reached out to the President-elect and he took the call from the democratically elected leader of Taiwan,” Pence said.

He noted Trump has had more than 50 calls with foreign leaders.

Pence was asked about concerns from China.

“I think I would just say to our counterparts in China that this was a moment of courtesy,” Pence said.

“I think most Americans and frankly most leaders around the world know this for what it was. And it’s all part and parcel. I think you’re going to see in a President Donald Trump a willingness to engage the world but engage the world on America’s terms.”

He said there were no plans to call China about the matter.