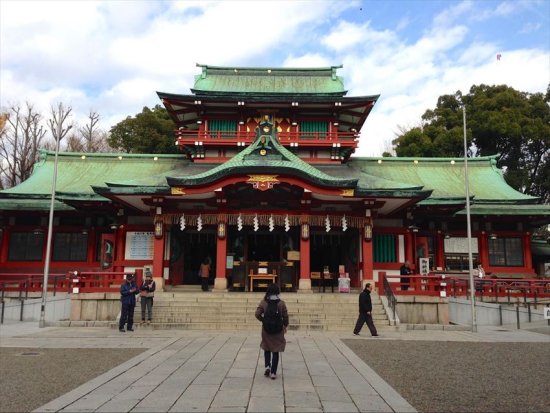 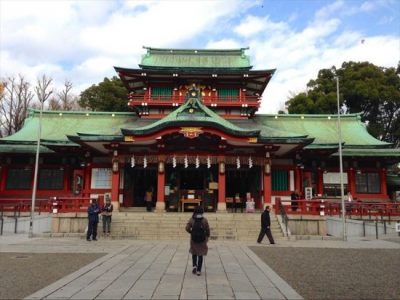 An attack believed to have been sparked by a succession feud has left three people dead at a well-known Shinto shrine in Tokyo.

The chief priestess was stabbed to death, reportedly by her brother. A bloodied Samurai sword was found at the scene, along with other knives.

The male attacker then stabbed his wife to death before killing himself.

The attack began when the 58-year-old priestess, Nagako Tomioka, got out of her car at the shrine and was confronted by her brother, Shigenaga Tomioka, 56, and his wife, said to be in her 30s.

The wife reportedly attacked the priestess’s driver, stabbing him with a sword. The driver fled the scene, pursued by the woman. Police said there was a trail of blood down the road but the driver’s wounds were not life-threatening.

The priestess suffered a deep stab wound to her chest, along with a laceration on the back of her neck, and was later pronounced dead.

The suspects then moved to another part of the shrine’s grounds.

“We believe the male suspect stabbed the woman before stabbing himself,” a police spokesman said.

Shintoism is Japan’s indigenous religion. The essence of Shinto is its spirits, or kami, to which its followers are devoted. The kami are said to intervene in human lives if treated well by followers.

The shrine is an essential part of Shinto. Along with rituals, the shrines are used to communicate with the kami. Devotees have a close relationship with their local shrine and often have a small shrine-altar at home.

Shinto has no god, no founder and no scripts. It is regarded as less of a religion, more as a way of life.

The name Shinto comes from Chinese characters for Shen (divine being), and Tao (way) and means Way of the Spirits.

There are some 80,000 shrines, and about as many Shinto priests, in Japan but female priests make up only a tiny fraction of the number.

About 80% of Japan’s population practise some form of Shinto.

According to local media, the murders were sparked by a longstanding succession feud between the priestess and her brother.

Mr Tomioka had himself been chief priest of the shrine, having taken over from his father in the 1990s, according to the Asahi Shimbun.

However, he was sacked in 2001 and their father returned to the position as main priest, installing his daughter Nagako Tomioka as the second-ranked in the shrine. It was not clear why he was removed.

During those years, the suspect is said to have sent threatening letters to his sister and was arrested in 2006 after sending her a note saying he would “send her to hell”.

After their father retired in 2010, Ms Tomioka became the chief priestess, breaking with a Shinto shrine umbrella organisation after it failed to rubberstamp the succession, according to the Asahi Shimbun.

The Tomioka Hachimangu shrine dates back to 1627 and is famous for the Fukagawa Hachiman summer festival in August.

According to its website, it was among those to start the tradition in Edo (now Tokyo) of holding sumo tournaments on its grounds to attract visitors and donations – a custom still common at many Shinto shrines.

Japan’s emperor and empress visited the shrine in 2012.