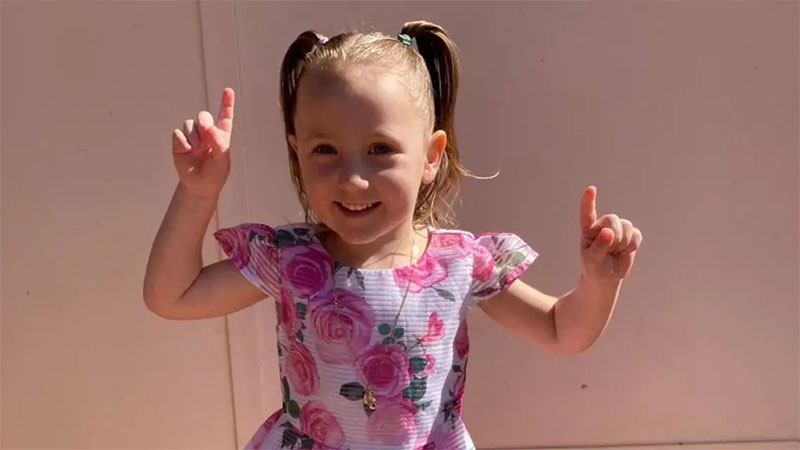 Australian police searching for a four-year-old girl who went missing from an outback campsite said on Monday they would “leave no stone unturned” as they urged members of the public to come forward.

Cleo Smith was last seen in her family’s tent at about 1.30am local time on Saturday at the remote Blowholes Shacks campsite in Macleod, about 900km (560 miles) north of Perth. When her parents woke at 6.30am she was gone, police said.

An extensive search began at the weekend and additional forensic personnel arrived from Perth on Monday, alongside police, defense force and community members already scouring the rugged area.

“We are continuing to focus on identifying any leads, we have our best investigators on this, we have the best searchers on this through our (State Emergency Services) and other volunteers,” Inspector Jon Munday, Assistant District Officer for the Mid West-Gascoyne region, told reporters.

The search for missing four-year-old Cleo Smith will continue today.

Cleo was last seen around 1.30am on Saturday 16 October at the Blowholes campsite in Macleod.

Anyone with information is asked to contact police immediately on 131 444 and provide reference number CAD 781784 pic.twitter.com/tqFRVCF6XJ

“We are going to leave no stone unturned,” he added.

Police have given away little information about the investigation, and have not said what they believe happened to the girl, but released to the public a picture of a sleeping bag that was also missing from the site.

Local media reported that the family had been visiting for a weekend camping trip but were now staying in the remote area.

“Every hour that goes by with a four-year-old out in this environment … is very, very concerning,” Munday said. “That is why we do just hold grave fears.”