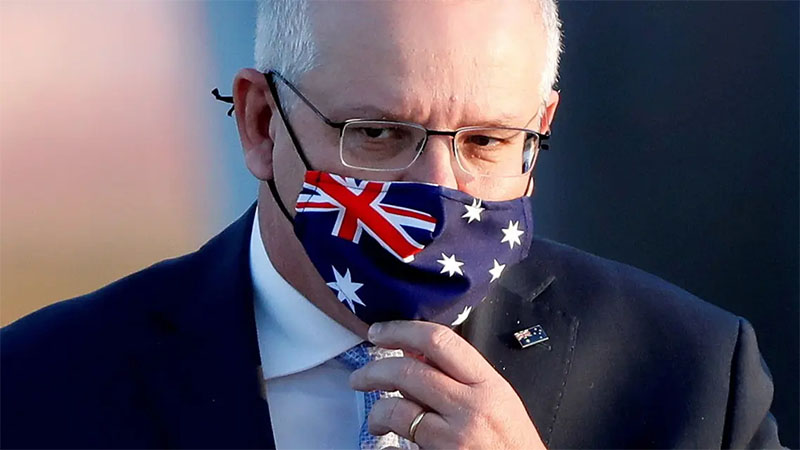 Australia will target net zero carbon emissions by 2050, Prime Minister Scott Morrison said on Tuesday, but it will not legislate the goal and instead rely on consumers and companies driving emission reductions.

The adoption of the target will ease international criticisim of Australia which had earlier refused to join countries such as Britain and the US in pledging zero emmissions by 2050 ahead of the United Nations COP26 climate conference in Glasgow from Oct. 31 to Nov. 12.

Morrison said Australia, one of the world’s largest emitters of greenhouse gasses on a per capita basis and a major exporter of fossil fuels such as coal, will achieve its net zero target largely through technology development, with government investment totaling A$20 billion ($14.9 billion).

This investment, Morrison said, will reduce the costs of technology such as clean hydrogen, which will increase their use.

Morrison, who faces an expected close election by May 2022, sought to downplay any threat on domestic industries and jobs as a result of reducing emmissions.

While Australia will introduce a 2050 target, Morrison said Canberra will not strengthen its 2030 target of reducing emissions by 26-28 percent from 2005 levels.

However, Australia will surpass that target, reducing emissions by 2030 by between 30-35 percent, he said.

Morrison struggled to gain backing for the net zero target from his coalition government’s junior partner, the National Party, which has a regional power base reliant on agriculture and mining, and has long opposed climate policies.

However, the party said on Sunday it would support a net zero target. The Australian Financial Review reported the deal included an agreement for increase spending on regional infrastructure and tax benefits for income derived from carbon farming.

The deal will aid Morrison’s political position in regional areas that have historically been critical of economic restrictions to curb carbon output.

A widely watched poll on Monday showed Morrison is on course to lose to the center-left Labor party.

Related Topics:Australianet zero
Up Next