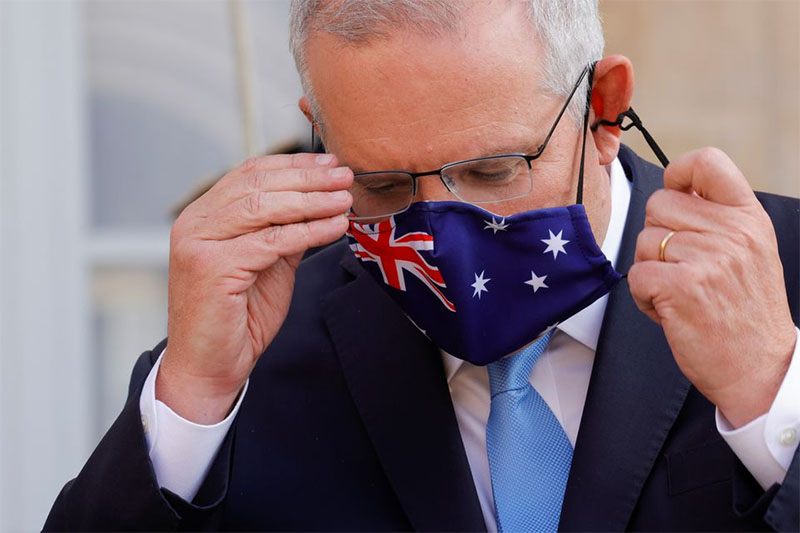 Australian Prime Minister Scott Morrison on Wednesday ruled out a Christmas lockdown, saying hospitals were coping well with a record surge in COVID-19 cases fueled by the omicron variant.

Australia is grappling with the more transmissible omicron variant of the coronavirus as restrictions ease ahead of the Christmas holidays after higher vaccination levels were reached.

“Despite these rising cases, hospitals and health systems remain in a strong position but of course they will be tested,” Morrison told reporters in Canberra after an emergency Cabinet meeting.

Even as daily infections surge to record tallies, hospitalization and death rates remain low compared with those seen during a wave of cases from the delta wave and Morrison said there would be no more lockdowns.

“Australians have worked very hard to have this Christmas together and we want to protect that. One of the things we agreed today is, we are not going back to lockdowns. We do not want to go back to lockdowns,” Morrison said.

Morrison insisted that limiting the spread of the virus comes down to personal responsibility. No national mandatory rule to wear masks indoors would be introduced, although it would be “strongly recommended,” he said.

However, residents of most states, except the most populous New South Wales, have been ordered by their state governments to wear masks indoors in public buildings.

After the meeting, Morrison announced new vaccination funding for clinics and pharmacies. He also urged the country’s states to reopen hundreds of vaccination hubs, to accelerate a booster rollout, which were shut down when double-dose rates in adults topped 80 percent.

Morrison said vaccination hubs were accelerating the rollout of boosters but any decision to shorten the waiting time for the shots would be taken by vaccination experts.

“That is not a decision for myself as prime minister or the premiers and chief ministers,” Morrison said.

Australia on Wednesday reported more than 5,000 daily infections for the first time during the pandemic, eclipsing the previous high of about 4,600 the previous day. About 95 percent of new cases were New South Wales and Victoria states.

Australia’s tally of 265,000 infections and 2,162 deaths since the pandemic began is far lower than that of many countries.