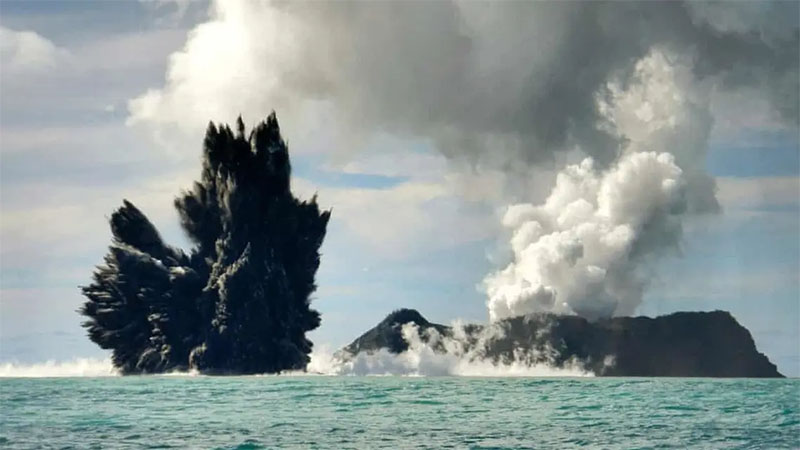 A toxic cloud spewing from an erupting volcano in Tonga could dump acid rainfall across the Pacific kingdom, potentially poisoning drinking water and damaging people’s skin and eyes, emergency services have warned.

Police reported no injuries from the eruption but TGS said late Tuesday that the dust and gas could result in acidic rainfall if mixed with water in the atmosphere.

It advised residents to remove guttering systems from their rainwater storage systems until the all-clear was given.

“Symptoms of exposure to acid rain are itchiness and skin irritation, blurry and discoloration of vision if exposed to the eye,” it said.

“If eyes or skin are exposed to acidic rain, please see a medical doctor or physician for appropriate treatment.”

The volcano sits on an uninhabited island about 65 kilometers (41 miles) north of the Tongan capital Nuku’alofa.

The volcano last came to life in 2015, creating a new island structure on its caldera.

An aviation code red was issued after the eruption, advising airlines to avoid the area, resulting in Air New Zealand cancelling a flight from Auckland to Nuku’alofa on Tuesday.