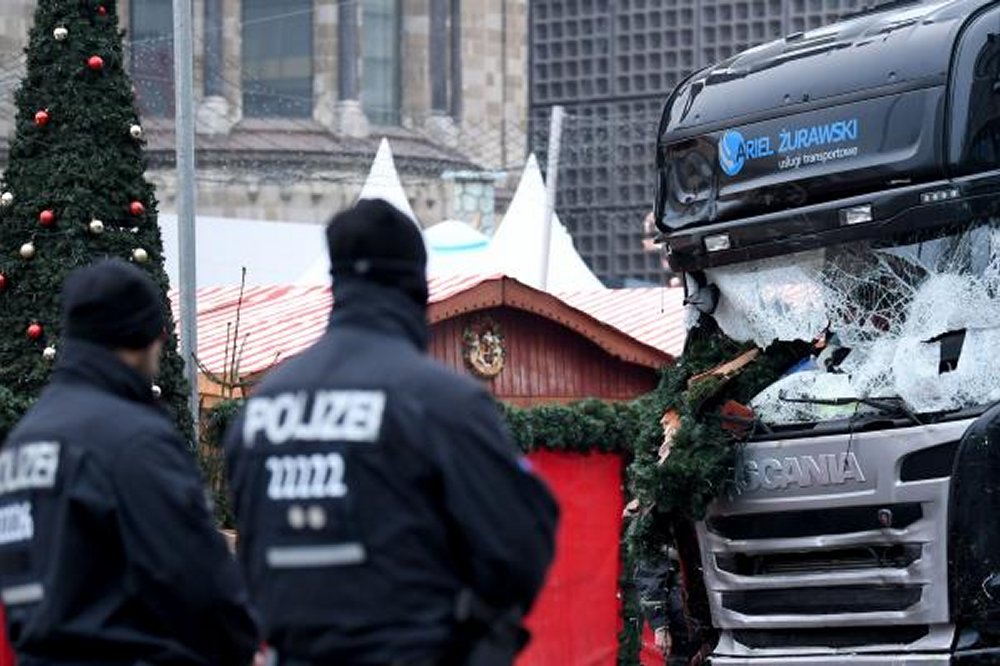 German police are conducting a manhunt for a Tunisian man suspected in the Berlin Christmas market truck attack in which 12 people died, security officials said.

Germany’s Spiegel Online reported a Tunisian man became the main suspect after officers found an identification document in the truck. The document did not belong to the original driver of the truck, Polish citizen Lukasz Urban, 37, who was killed after possibly fighting with the suspect over control of the vehicle.

An investigator told Die Welt the suspect drew a knife and stabbed Urban several times, possibly because Urban grabbed the steering wheel in an attempt to save people in the market.

Allgemeine Zeitung reported the identification document found was from an asylum office announcing a stay of deportation for a man identified as Anis A., who was born in Tataouine, Tunisia, in 1992.

The Islamic State took credit for the attack on Monday, from which 24 people remain hospitalized — at least a dozen in critical condition.

A 23-year-old Pakistani asylum-seeker arrested near the scene of the incident was released due to lack of evidence. The attack is being investigated as an act of terrorism.

The Berlin market crash is similar to the July attack in Nice, France, in which a truck plowed through a crowd, killing 80. The Islamic State also took credit for that attack.