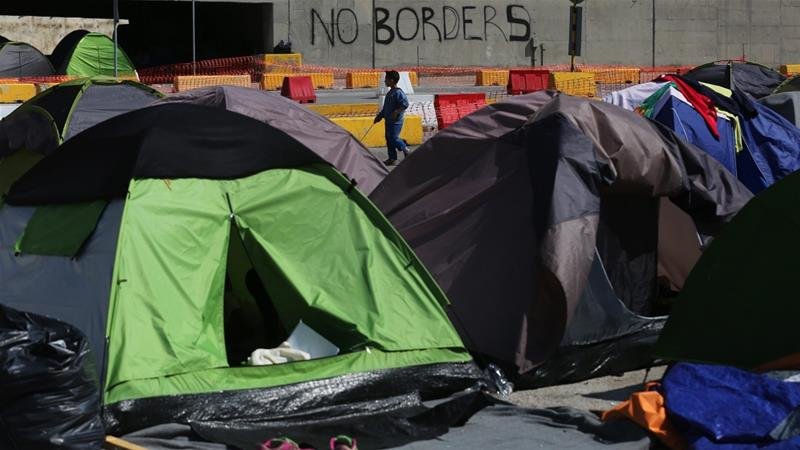 Greek authorities are investigating the apparent suicide of a man, believed to be a refugee, at the port of Piraeus.

The man, who was carrying asylum application papers, was found hanged early on Monday close to  a passenger ferry terminal at Greece’s biggest port near the capital, Athens, the coastguard said.

A coastguard spokesperson told Al Jazeera that the man had not yet been identified and an autopsy was pending.

Greek media, however, said that the man was a 25-year-old refugee from Syria, citing unnamed sources.

His identity could not be independently verified.

Vulnerable, in need of help

An estimated 62,000 refugees and migrants are currently stranded in mainland Greece and its islands owing to a wave of European border closures and a controversial deal between the European Union and Turkey in March 2016.

Since then, tensions across Greece have often boiled over as the relocation process moves slowly, is applied inconsistently and fraught with particular difficulties, including refugees having to navigate a complex legal asylum system in foreign languages.

Amid the lags and the despair, some attempt to kill themselves and many self-harm, according to rights groups.

Kuriakos Katsadoros, a psychiatrist with Klimaka, a suicide prevention NGO that runs a helpline in Greece, said that people who have risked everything to find a better future are often shouldering a considerable burden of mental health problems.

“Under these conditions, tense situations could lead to such unfortunate incidents,” said Katsadoros, the scientific director of Klimaka’s Greek Suicide Prevention Centre.

“And amid such large numbers, there are people who are vulnerable and in need of help – which they often can’t find, unfortunately, in Greece,” he told Al Jazeera.

“They need support, not only from the strained Greek authorities but also from Europe.”