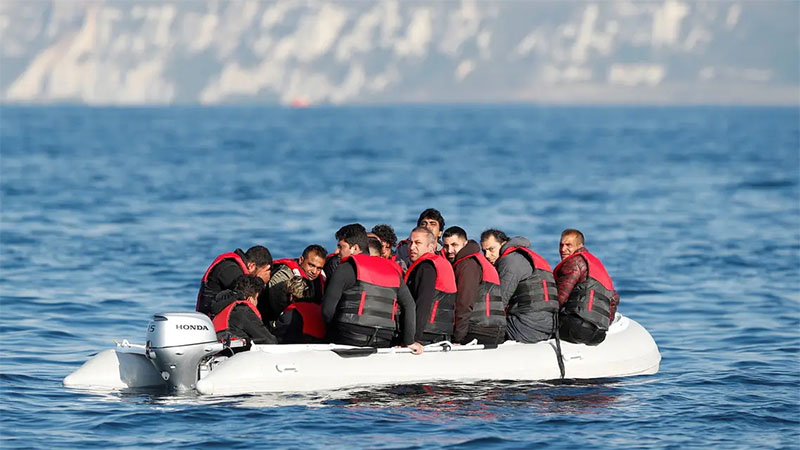 One migrant died and one went missing as more than 400 were rescued after their vessels sank in the Channel en route to Britain, French authorities said on Thursday.

“More than 400 people were saved. Unfortunately, despite efforts, one is missing and another one was declared dead” during the course of the day on Wednesday, the French maritime prefecture said in a statement.

Earlier, Dunkirk prosecutor Sebastien Pieve told AFP that the person who drowned was an adult male who was aboard an overcrowded boat that sank.

Pieve said attempted crossings between France and Britain had increased this week, likely because of favorable weather conditions.

The past three years have seen a significant rise in attempted Channel crossings by migrants, despite warnings of the dangers in the busy shipping lane between northern France and southern England, which is subject to strong currents and low temperatures.

According to a count by Britain’s domestic news agency PA, more than 17,000 migrants have made the crossing to Britain in small boats since the beginning of the year, more than double the figure for the whole of 2020.

Belarusian cargo plane crashes in Russia, all 7 aboard dead