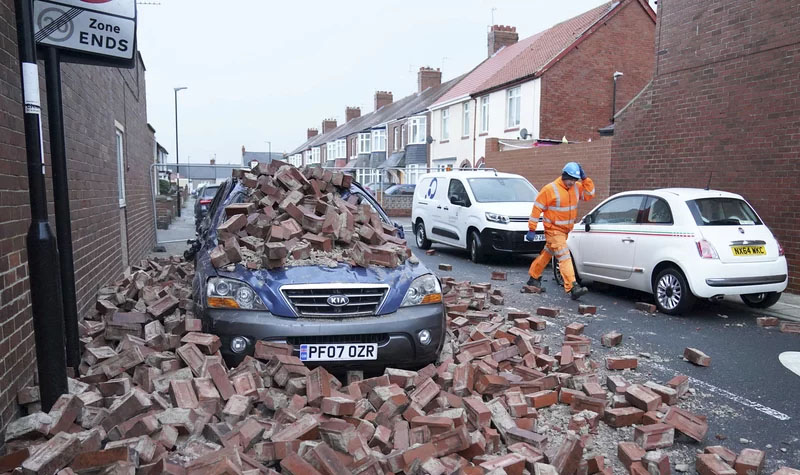 At least two people have died in the U.K. after the year’s first winter storm battered parts of the countries with gusts of nearly 100 mph (160 kph).

Cumbria Police, in northwest England said a man died after a tree fell on him just before 11 p.m. on Friday. In Northern Ireland, a man was killed when his car was hit by a falling tree.

Though the worst of the storm appears to have passed, people have been advised to be wary of traveling on Saturday, as train networks reported disruption to services amid still-high winds and heavy snow.

“Storm Arwen has delivered some dangerously strong winds overnight, with gusts in excess of 90 mph recorded,” the Met Office’s chief meteorologist Steve Ramsdale said. “The strong winds will move south across the U.K. through the day, gradually weakening.”

Related Topics:CumbriaEuropeU.K.Winter storm
Up Next

At least 3 people dead during first winter storm in U.K.