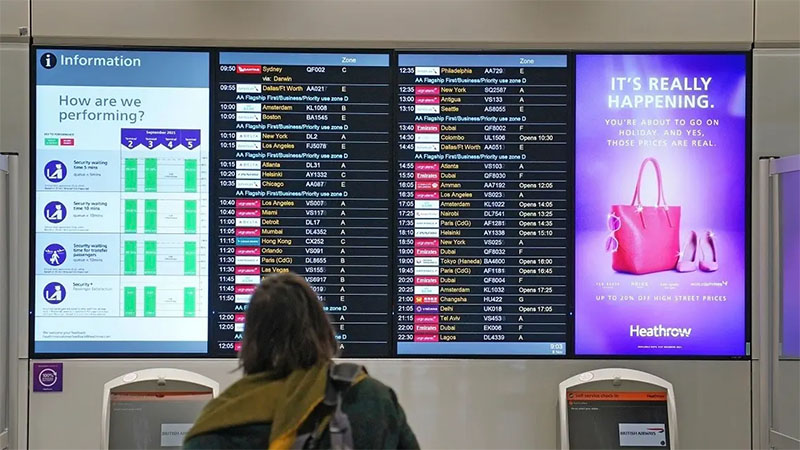 The government has decided to end the ban on non-essential travel, announced on December 16 when “the epidemic was spreading at a spectacular rate in the United Kingdom,” the prime minister’s office said Thursday.

“The wide circulation today of the variant in both countries has led the government to make the following changes,” the statement from Jean Castex’s office said.

All travelers from the UK will have to show a negative PCR or antigen test taken 24 hours before departure.

The decision will allow thousands of winter-sports enthusiasts to head to the French Alps, popular with British skiers who had to cancel holidays booked over the Christmas and New Year period.

The unvaccinated will continue to face restrictions, however.

They will have to provide a “compelling reason” to travel such as a family emergency, and have to quarantine for 10 days upon arrival in France at an address “that will be checked by security forces,” the French statement said.

The vaccinated face no such restrictions.

The French travel rules came at a time when relations between the British and French governments were at historic lows due to a host of disagreements related to Brexit, as well as cross-Channel migration and a poached submarine contract with Australia.

Meanwhile, British health minister Sajid Javid will give a statement on COVID-19 to parliament on Thursday, amid a debate in government over whether to cut the isolation period of people with COVID-19 to five days from seven days.

The rapid spread of the Omicron variant has fueled a spike in COVID-19 cases to record highs in Britain, though the roll-out of booster shots and the lesser severity of the variant has meant hospitalizations and deaths have not risen as sharply.

The surge has cause major disruption to the staffing of hospitals, schools and transport, however, as staff have to self-isolate.

The government has already reduced isolation period to seven days from 10 days to people in England who get a negative result on a rapid lateral flow test two days in a row.

Prime Minister Boris Johnson this week said the government was looking at further cutting the isolation period to five days from seven, after a government minister on Sunday said that reducing the self-isolation period would help employers hard hit by absences.

Britain has reported 151,000 deaths from COVID-19 in total, the seventh highest death total in the world.

With inputs from AFP and Reuters

Strong Magnitude 6.4 Earthquake Strikes off the coast of Cyprus