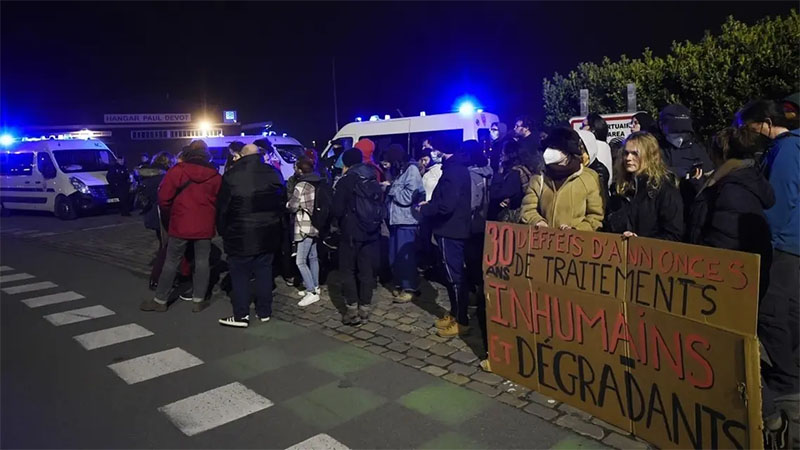 One man has died and about 30 other people have been rescued in the Channel after their boat ran into difficulties while trying to cross from northern France to Britain on Friday, a French prosecutor said.

The victim is believed to be in his 20s and to be of Sudanese origin, the prosecutor’s office in Boulogne-sur-Mer said, adding that the others had been rescued in waters off the village of Berck.

A record 28,000 migrants crossed the Channel from France to the UK in small boats last year, according to a tally from Britain’s PA news agency, causing major diplomatic tensions between the neighbors.

At least 27 people died on November 24, the deadliest disaster since migrants began taking to the water in large numbers instead of trying to stow away in trucks or cars travelling between the countries.

Crossings have continued even during the winter, with Friday’s attempt made in calm but cold weather.

The location of the rescued boat on Friday, off the coast from Berck, underlines how people-smuggling gangs are organizing their operations over a wider area of the northern French coast.

The village is around 60 kilometers (37 miles) south of the port of Calais, a longstanding hub for migrants, where French police efforts to stop the dinghies leaving are also concentrated.

Ukraine: Government websites down after a hacking attack