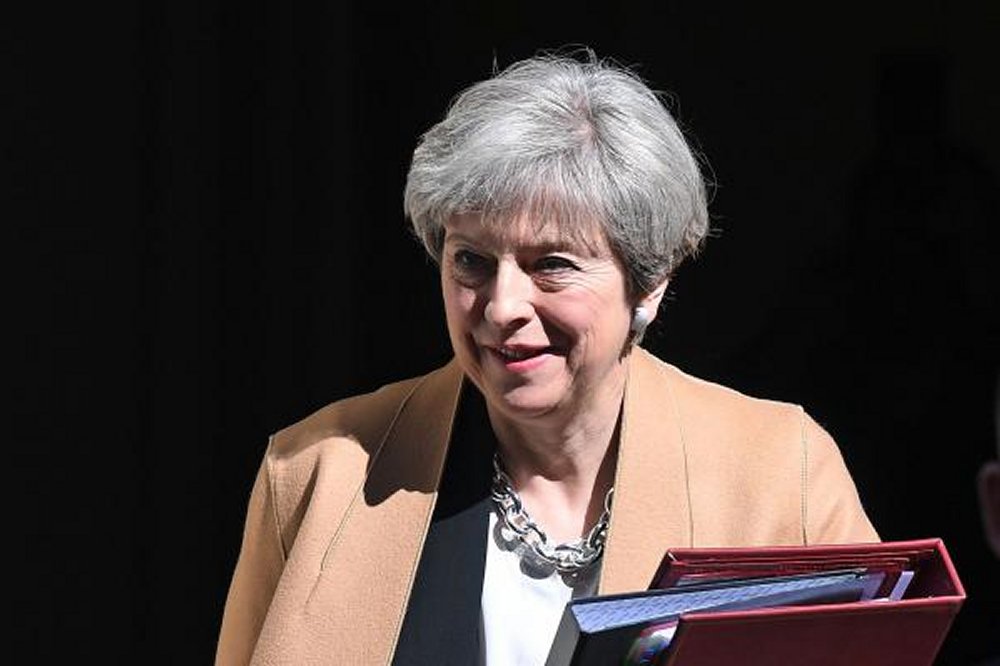 The lawmakers approved the proposal, 522-13, after 90 minutes of debate to move the election up three years in a bid by the Conservative Party to expand its role in government and give better clout in negotiating Brexit. Opposing the snap election were nine Labor ministers, three independents and a member of the Social Democratic and Labor Party.

The governing Conservative Party currently has a narrow majority of 17 seats in the House of Commons.

The political parties sparred during the debate, despite backing on the snap election vote from the Labor and Liberal Democrat parties.

“This election is about her government’s failure to rebuild the economy and living standards for the majority,” he said.

May, who reversed her position Tuesday, told leaders there was a “window of opportunity” to hold a poll before negotiations begin in earnest in June in departing from the EU.

The prime minister urged voters to give her “the mandate to speak for Britain and to deliver for Britain.”

Before the Parliament vote, May told BBC’s Radio 4: “I genuinely came to this decision reluctantly, having looked at the circumstances, and having looked ahead at the process of negotiation.”

May could be forced to soften her vision of a “hard Brexit” stand if EU backers do well in the election.

In Scotland, voters last year favored staying in the European Union, compared with overall 52-48 percent British support to depart the organization. May’s decision for earlier elections could help push plans in Scotland to hold another referendum on independence in a bid to remain in the EU.

“Yesterday she changed her mind, not for the good of the country, but for reasons of simple party advantage,” Nicola Sturgeon, leader of the Scottish National Party, told supporters at a rally.