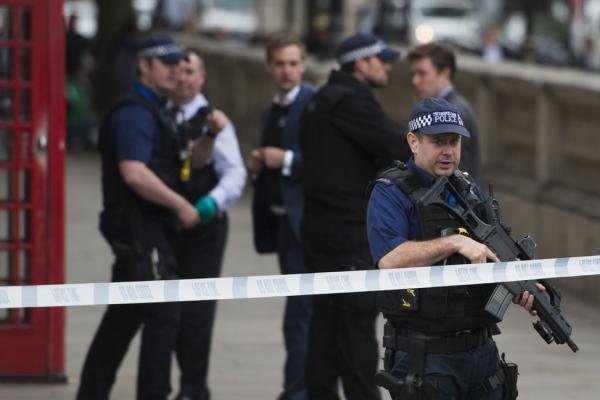 London’s Metropolitan Police said it carried out a counter-terrorism raid in which officers arrested at least six people and shot a woman, who is in serious but stable condition.

The Thursday night raid occurred in London’s Harlesden Road at a property previously under counter-terrorism surveillance. To breach the property, armed officers shot CS tear gas into the building.

“An armed entry was necessary due to the nature of the intelligence that we were dealing with, and involved armed officers firing CS into the address,” Met Police senior counter-terrorism officer Neil Basu said during a press conference on Friday. “During the course of that operation one of the subjects of that operation — a woman — was shot by police. She remains in hospital. Her condition is serious but stable. Because of her condition she has not yet been arrested. We are monitoring her condition closely.”

Met Police said it continues to carry out searches at three London addresses, including where the raid occurred, as part of the counter-terrorism investigation.

“In total six people have now been arrested in connection with that investigation — five at or near the address and one in Kent. The two further arrests were made when a man and a woman — both aged 28 — returned to the address later last night,” Basu added. “Due to these arrests that we have made, I believe that we have contained the threats that they posed.”

Basu said the 27-year-old knife-carrying man who was arrested near the Houses of Parliament in Westminster on suspicion of terrorist acts remains under police custody.

The latest incidents comes after the Westminster attack on March 22 in which Khalid Masood killed five people.

“With the attack in Westminster on March 22 so fresh in people’s minds, I would like to reassure everyone that across the country officers are working round the clock to identify those people who intend to commit acts of terror,” Basu added. “After that attack, we increased the number of officers on duty patrolling at key locations – and that continues as we police against the backdrop of a severe terrorist threat.”