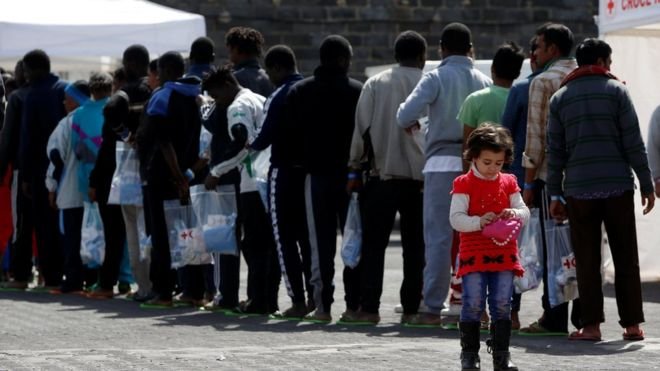 One of Italy’s largest migrant centres has been in the hands of the mafia for more than a decade, police have said.

The clan is alleged to have hidden behind a local Catholic charity which officially runs the centre.

The claims came to light on Monday, when officers arrested 68 people, including a local priest.

Another of those arrested was Leonardo Sacco, head of the Catholic Misericordia association that is supposed to control the Sant’Anna Cara immigrant centre. The centre holds 1,500 people at a time.

It is alleged the Arena clan, part of the powerful ‘Ndrangheta crime syndicate, may have taken more than a third of the €100m ($109m/£85m) destined for the centre in the past 10 years.

The priest, named as Edoardo Scordio, had received €132,000 already this year for “spiritual services”, an assistant prosecutor alleged.

Police in Catanzaro, a city in the southern Calabria region, said more than 500 agents were involved in the arrests of suspects “accused of mafia association, extortion, carrying illegal weapons, fraud, embezzlement to the detriment of the state, (and) theft”.

The arrests come two years after L’Espresso magazine published an investigation, alleging funds were being stolen and managers were making money by starving the migrants who lived there.

A year earlier, it was alleged the number of migrants said to be living at the centre had been greatly over exaggerated, while in 2013 a health inspection found asylum seekers were being fed small portions of out-of-date food.

Police believe the clan, through Mr Sacco, was awarding contracts, including for food supplies, to other members of the ‘Ndrangheta syndicate, as well as setting up its own associations.

According to Rosy Bindi, the head of parliament’s anti-mafia commission, the centre had effectively been transformed into “a money printing operation for organised crime”.

“This operation shows the ability of the mafia to take advantage of the weaknesses and fragility of our times with its predatory and parasitic approach,” she added.