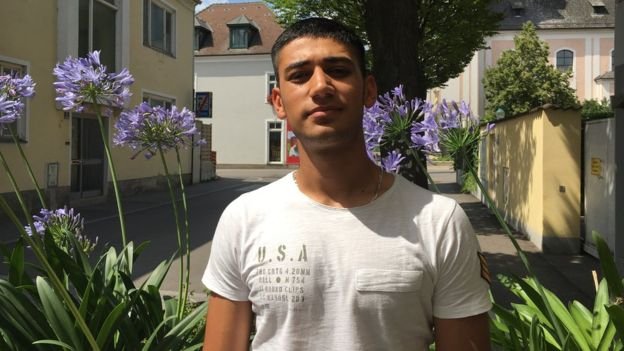 The future of several hundred people who entered Europe during the migrant crisis of 2015-16 could be decided by a key ruling on Wednesday.

At the heart of the case is whether the EU’s laws on claiming asylum, known as the Dublin regulation, applied during those exceptional circumstances.

Refugees typically have to seek asylum in the first EU state they reach.

The EU’s top court will decide whether Austria and Slovenia were wrong to send asylum seekers back to Croatia.

The case could have wider repercussions for the EU.

The crisis unfolded during the summer of 2015, as one million migrants and refugees travelled through the Western Balkans. Germany suspended the Dublin regulation for Syrian refugees, halting deportations to the countries they arrived in.

From August 2015, hundreds – and sometimes thousands – arrived in Austria every day, initially via Hungary and later through Slovenia.

Many wanted to travel on to Germany, but around 90,000 applied for asylum in Austria, about 1% of its population.

The Afghans rejected by Austria

Among them were two sisters from Afghanistan, Khadija and Zainab Jafari and their children, who arrived at the Austrian border in February 2016.

According to Stephan Klammer, a lawyer from the Diakonie charity, “they came through the organised transports from the Austrian and other governments”.

“They came from Macedonia in a few days directly to Austria. At the Austrian border the Jafari sisters were allowed in because they said they wanted to go to Austria and ask for asylum,” he said.

But unlike many other Afghans, they were not granted asylum.

The Austrian authorities eventually decided that they should be deported back to Croatia, their point of entry to the EU, under the Dublin regulation.

Mr Klammer said no official figures had been released but he estimated that several hundred other asylum seekers were also pushed back to Croatia.

“In some cases, the authorities said ‘We are not responsible because of the Dublin procedure, Croatia is responsible’. So the Jafaris got this decision.”

The Jafari sisters’ case was taken to the European Court of Justice (ECJ), along with a similar incident in Slovenia.

One of them is Farzad Mohammadi from Afghanistan, who came to Austria in February 2016 when he was 17 years old. He described how he started learning German, but he was deported back to Croatia last November.

“It was very difficult. I had tried so hard. I was in a choir, I played football, I was doing a German course, I did everything I could, but they said that is the law – you have to go,” he told the BBC.

“Croatia was very bad, worse than Austria. We only had a thin blanket, there were problems with the heating. The toilets were dirty. Very very difficult.”

Like the Jafari sisters, he is waiting for the result of the European Court to see if he will be allowed to stay in Austria.

n an opinion published last month, an adviser to the court, Advocate General Eleanor Sharpston said the Dublin regulation “was simply not designed to cover such exceptional circumstances” as the migrant crisis.

“If border member states, such as Croatia, are deemed to be responsible for accepting and processing exceptionally high numbers of asylum seekers, there is a real risk that they will simply be unable to cope with the situation,” she said.

Stephan Klammer believes that if the court agrees with that opinion, the ruling could have implications for other countries facing mass arrivals in future, like Italy.

But others like Amanda Taylor from the European Council on Refugees and Exiles are not so sure.

“[The Advocate General’s] opinion is very much restricted to a specific period of time, so in terms of this judgement having a bigger impact, I’m not so sure we can say that.

“I think in terms of the current political situation, we are seeing quite the opposite. It’s very much a case of member states now putting up their borders and restricting any movement to other EU member states.”

Farzad Mohammadi, who is now back in Austria pending the court decision, said he hoped he would be able to stay.

“I thought I would never get back. When I did I was so happy. I can’t describe the feeling. Austria is better for me. Thank God I am in Austria.”