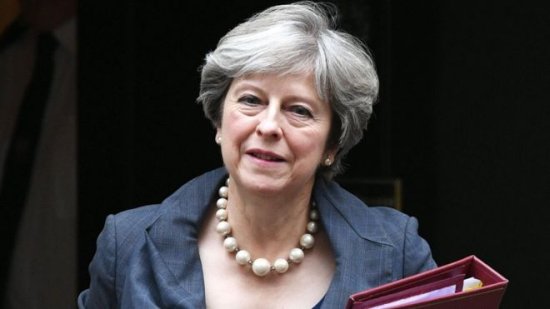 Theresa May has reacted to claims of harassment of staff by MPs by calling for new grievance procedures.

In a letter to Commons Speaker John Bercow, the PM said the current House of Commons disciplinary regime lacked “teeth” and needed to be reformed.

A mediation service should be set up for all MPs, regardless of their party, she said.

Labour leader Jeremy Corbyn said he was ready to back the PM and establish “robust and effective” new rules.

In her letter to the speaker, Mrs May said she was concerned by reports of alleged mistreatment of parliamentary workers and was “determined to protect those staff who work for MPs”.

She said the current system for airing grievances was not fair on employees, many of whom were young and in their first job.

“I believe it is important that those who work in the House of Commons are treated properly and fairly – as would be expected in any modern workplace.”

She said she wanted to see contractually-binding grievance procedures, rather than the current system under which MPs were not bound by decisions from IPSA – the Independent Parliamentary Standards Authority.

Mrs May said there was already a confidential phone line, an online portal and an advice service for MPs to report abuse but she now wanted to “go further”.

Parliamentary staff and the public needed to have confidence in the system, she said, and cross-party support would “play an important role in this”.

Mrs May asked Mr Bercow to help her do “all we can to ensure that the reputation of Parliament is not damaged further by allegations of impropriety”.

A Labour spokesman said: “There must be robust procedures inside as well as outside Parliament for dealing with abuse and harassment.

“Jeremy (Corbyn) is ready to meet the speaker and the prime minister as soon as possible to strengthen those procedures and parliamentary-staff employment conditions. All political parties are also under an obligation to ensure their own internal procedures are robust and effective.”

It comes as Conservative MP and international trade minister Mark Garnier faces a Cabinet Office investigation into whether he has breached ministerial rules.

His former secretary Caroline Edmondson told the Mail on Sunday he had given her money to buy two vibrators at a Soho sex shop.

Ms Edmondson, who has since left to work for another MP, was also quoted as saying that on another occasion in a bar, in front of witnesses, he told her: “You are going nowhere, sugar tits.”

He said his actions could look like “dinosaur behaviour” in the current climate, but told the paper: “It absolutely does not constitute harassment.”

The incidents date back to 2010 – before Mr Garnier was a government minister.

Meanwhile, former Welsh Secretary Stephen Crabb was reported by the Sunday Telegraph to have admitted sending “explicit” messages to a 19-year-old woman after a job interview at Westminster in 2013.

The married Conservative MP, who admitted meeting the woman “a few times,” was quoted by the paper as saying he had been “foolish” but that there had been no sexual contact.

“I accept any kind of sexual chatter like this is totally wrong and I am sorry for my actions,” the MP for Preseli Pembrokeshire said.

He did not respond to requests from the BBC for a comment.