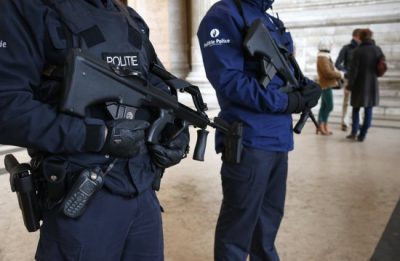 Belgian police detained four people over a foiled attack in 2015 on a high-speed train linking Brussels and Paris, federal prosecutors said on Monday.

In August 2015 a machine gun-toting attacker wounded three people on a high-speed train before being overpowered by passengers, one in a series of militant attacks that has rocked Belgium and France over the past two years.

Police carried out six house searches in Brussels and elsewhere in Belgium early on Monday, but did not find any explosives or weapons.

A judge will decide at a later stage whether those detained could be kept further, prosecutors said.