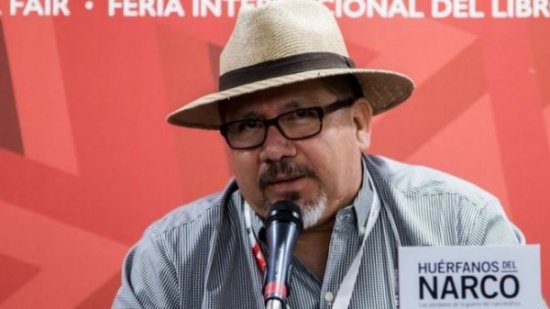 Award-winning Mexican journalist Javier Valdez has been shot dead in the north-western state of Sinaloa.

He was killed when unidentified attackers opened fire on his car in the city of Culiacan where Valdez was working, the RioDoce website reports.

Valdez, 50, received the International Press Freedom Award by the Committee to Protect Journalists (CPJ) in 2011 for his coverage of drug trafficking.

He is the fifth journalist to be killed in Mexico this year.

Speaking at a launch of his book last year, he said: “Being a journalist is like being on a blacklist.”

“Even though you may have bullet-proofing and bodyguards, [the gangs] will decide what day they are going to kill you.”

During his career spanning nearly three decades, Valdez wrote extensively on drug-trafficking and organised crime in Mexico, including the powerful Sinaloa drug cartel.

The cartel is believed to be responsible for an estimated 25% of all illegal drugs that enter the US via Mexico.

Its founder Joaquin Guzman, also known as “El Chapo” (Shorty), was captured is 2014 and is currently in jail awaiting trial in the US.

In March, after journalist Miroslava Breach was shot dead, Valdez was quoted as saying “No to silence” and “Let them kill us all”.

Like Valdez, Breach had reported on organised crime, drug-trafficking and corruption.

At the time, the CPJ said 38 journalists have been killed in Mexico since 1992.