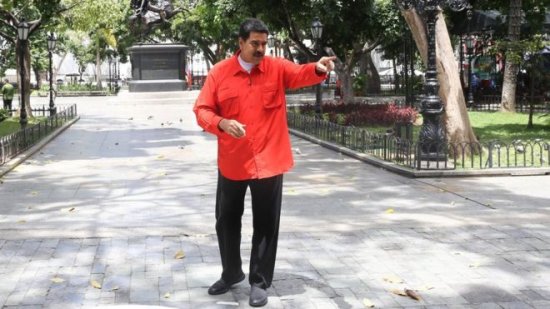 The singers of global hit Despacito have lashed out against the Venezuelan president, accusing him of using their song for political gains.

The reworked lyrics promoted his plans for a controversial new citizen’s assembly, which will be elected on Sunday to rewrite the constitution.

The president was seen clapping along to the remix, as his audience danced.

“Our call to the ‘Constituent Assembly’ only seeks to unite the country … Despacito!” go the new lyrics.

Luis Fonsi responded angrily on social media: “At no point was I asked, nor did I authorise, the use or the change in lyrics of Despacito for political means, and much less so in the middle of the deplorable situation experienced by Venezuela, a country I love so much.

“My music is for all those who want to listen to it and enjoy it, not to be used as propaganda that tries to manipulate the will of a people who are crying out for their freedom,” he added.

Daddy Yankee posted a picture of Mr Maduro with a large red cross over it on Instagram.

“That you illegally appropriate a song [Despacito] does not compare with the crimes you commit and have committed in Venezuela,” he wrote.

“Your dictatorial regime is a joke, not only for my Venezuelan brothers, but for the entire world.”