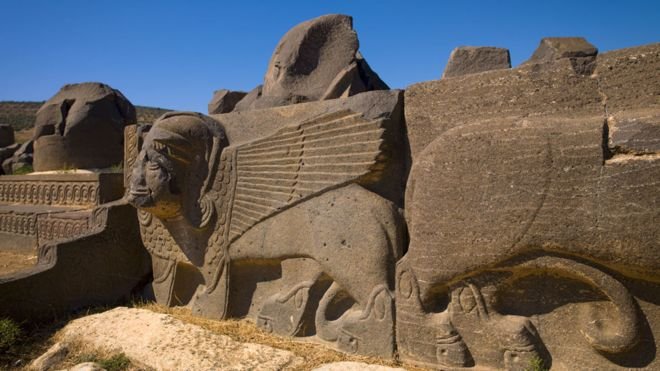 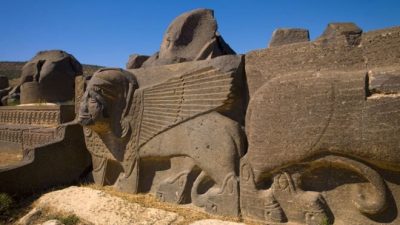 Pictures circulated online showed what appeared to be a crater in the centre of the Ain Dara site and rubble where there used to be carved basalt lions.

The Neo-Hittite temple was built by the Arameans in the first millennium BC.

Turkish troops and allied Syrian rebels launched an offensive to push a Kurdish militia out of Afrin nine days ago.

The Turkish government says the People’s Protection Units (YPG) is an extension of the banned Kurdistan Workers’ Party (PKK), which has fought for Kurdish autonomy in south-eastern Turkey for three decades.

The YPG denies any direct organisational links to the PKK – an assertion backed by the US, which has provided the militia and allied Arab fighters with weapons and air support to help them battle the jihadist group Islamic State (IS) in Syria.

The Syrian Observatory for Human Rights, a UK-based monitoring group, says at least 51 civilians living in Afrin have been killed in Turkish air and artillery strikes since the offensive began. Dozens of YPG fighters and rebels are also reported to have died in clashes, along with seven Turkish soldiers.

About 60% of the temple of Ain Dara, which is 10km (6 miles) south of the city of Afrin, was destroyed on Friday, according to the Syrian Observatory.

Syria’s antiquities department, a government agency, denounced the attack, saying it “reflects the hatred and barbarism of the Turkish regime against the Syrian identity and against the past, present and future of the Syrian people”.

Many of Syria’s ancient sites have been damaged or destroyed in fighting during the civil war or demolished by IS for being “idolatrous”.

The sites include the Unesco World Heritage site of Palmyra, where IS militants blew up the 2,000-year-old Temple of Bel, the tetrapylon – a stone platform supported by four columns – and part of a theatre.

Mr Abdulkarim said the destruction of Ain Dara was “the same level of atrocity” as that seen in Palmyra and that he was also concerned about the fate of a number of ancient villages that are close to the frontlines in the south of the Afrin region.

Unesco, whose World Heritage list describes them as the “Ancient Villages of Northern Syria”, says they date from the first to the seventh centuries AD and “provide remarkable testimony to rural life in late antiquity and during the Byzantine period”.