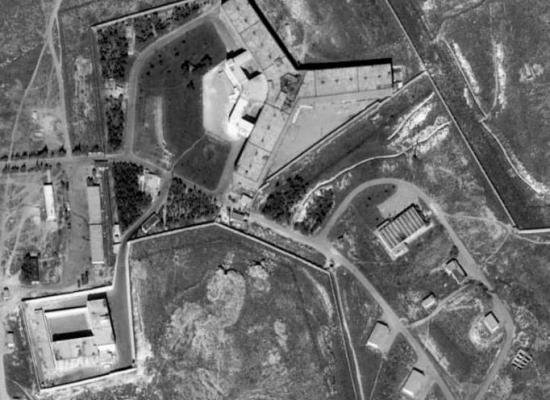 A report published Tuesday by an international rights group, alleges groups of 50 prisoners at a time at one jail have been executed on at least a weekly basis for about five years.

After a yearlong investigation, Amnesty International says in the report, titled “Human Slaughterhouse”, that Syrian officials approved inhumane conditions, torture and extermination policies leading to mass hangings at the Saydnaya Prison. Up to 13,000 people died from 2011-15.

The report suggests many of the people held at the prison opposed the government on some level as the years-long civil war in Syria was just starting up and high-ranking officials in the Syrian government authorized many of the executions.

“The horrors depicted in this report reveal a hidden, monstrous campaign, authorized at the highest levels of the Syrian government, aimed at crushing any form of dissent within the Syrian population,” Lynn Maalouf, deputy director for research at Amnesty International’s regional office in Beirut, said in a press release.

Between December 2015 and December 2016, researchers at Amnesty looked into patterns, sequences and other violations known at Saydnaya, interviewing 84 sources close to the prison, including former detainees, prison officials, guards, Syrian judges, doctors lawyers, experts on Syria and family members of people detained at the prison.

The researchers found detainees at the prison are condemned to death in one- to three-minute “trials.”

Once or twice a week, guards took groups of up to 50 people from their cells to what officials called “the party,” often in the middle of the night, and moved to another building into a room in the basement.

Minutes before a noose is slipped around the necks of blindfolded prisoners, they are informed they have been sentenced to death. They are not made aware of when the sentence will be carried out until the noose goes over their heads and tightens around their necks. After the executions, the prisoners are buried in mass graves.

Researchers at Amnesty say they are unsure whether the executions continue to be carried out, but suggest it is possible.

The researchers hope allegations in the report are addressed by countries working to end the Syrian civil war, specifically Russia and Iran, and expect they will be addressed at more formal peace talks scheduled for later this year.

“The upcoming Syria peace talks in Geneva cannot ignore these findings,” Maalouf said. “Ending these atrocities in Syrian government prisons must be put on the agenda.The U.N. must immediately carry out an independent investigation into the crimes being committed at Saydnaya and demand access for independent monitors to all places of detention.”

Iran dials down U.S. rhetoric on anniversary of 1979 Islamic revolution