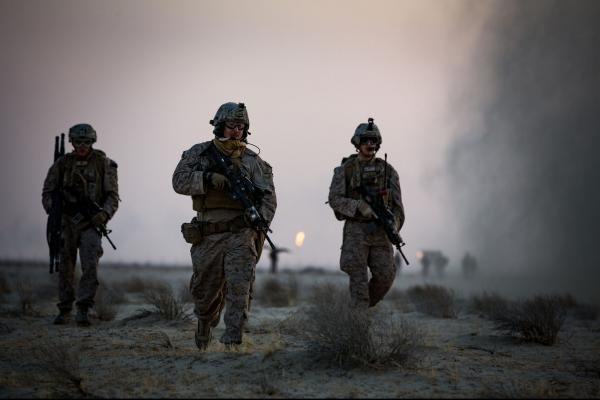 A U.S. Department of Defense official said Marines have deployed to Syria to establish an outpost from which they can launch artillery attacks on the Islamic State in Raqqa.

Marines from the 11th Marine Expeditionary Unit armed with M777 Howitzers, which can fire 155mm shells, will assist the Syrian Democratic Forces militia coalition in its ground offensive against the militant Islamist group, the official said on Wednesday.

The Marines’ deployment had “been in the works for some time” and is not the byproduct of a request by President Donald Trump to change strategy in the battle against the Islamic State, the official added.

The deployment is possible because U.S. military leaders in Iraq can use existing authority decreed by former President Barack Obama’s administration to move troops in and out of Syria and Iraq for a short period of time.

U.S. Special Operations Forces have been assisting against the Islamic State in Iraq and Syria for months, while other U.S. units have helped train U.S.-backed Iraqi and Syrian forces for years, officials said.

The SDF relaunched its offensive to capture Raqqa on Sunday after a one-week break. The militia — made up of Kurdish, Arab, Assyrian and Turkmen fighters — is attempting to isolate the city from Deir ez-Zor, where the Islamic State also has a strong presence.

The militia is working to capture territory along the Euphrates River en route to Raqqa. Since January 2014, the Islamic State has used Raqqa as its base of operations, officials said.

A U.S. Defense official said the progress in Syria to liberate the country from the threat of the Islamic State is evident, citing the recent capture of the city of al-Bab, which was the last major city west of Raqqa under IS control.