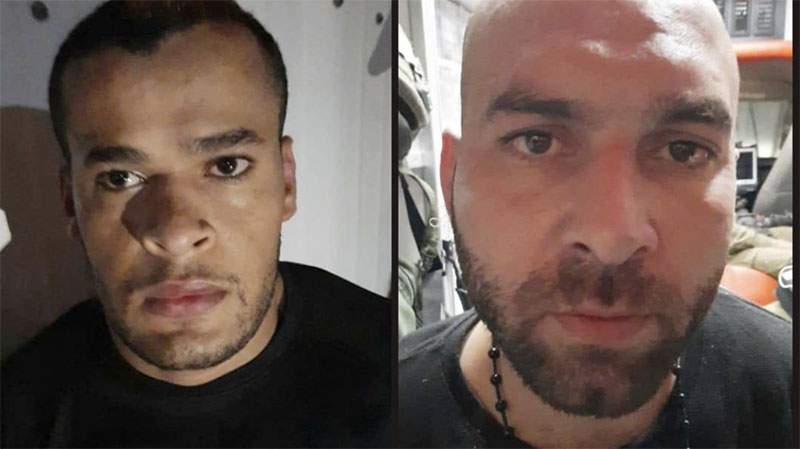 The Israeli army has recaptured the last two Palestinians involved in a spectacular jail break earlier this month, it announced Sunday.

At the beginning of September, six Palestinian inmates escaped Gilboa prison in Israel’s north, through a tunnel dug under a sink in a cell, reportedly using tools including a spoon.

Authorities had already arrested four of the six, and in a tweet on Sunday the Israel Defense Forces said the last two had surrendered “after being surrounded by security forces that acted precisely based on accurate intelligence.”

The men, 35-year-old Ayham Kamamji and 26-year-old Munadel Infeiat, are both members of the extremist group Islamic Jihad.

They were arrested in a joint operation with counterterrorism forces in Jenin, in the West Bank, the army said in a short statement to the press, adding that they were “currently being interrogated.”

Originally from Kafr Dan, near Jenin, Kamamji was arrested in 2006 and jailed for life for the kidnap and murder of a young Israeli settler, Eliahu Asheri.

Islamic Jihad said Kamamji suffered abdominal and intestinal illness in jail and was subject to “medical negligence” by prison authorities.

Infeiat, arrested last year, had been jailed multiple times previously for his role in the armed group, and was awaiting sentencing at the time of the escape.

The other four men recaptured last week included Mahmoud Abdullah Ardah, the alleged mastermind of the escape, and Zakaria Zubeidi, a former militant leader of the Fatah movement.