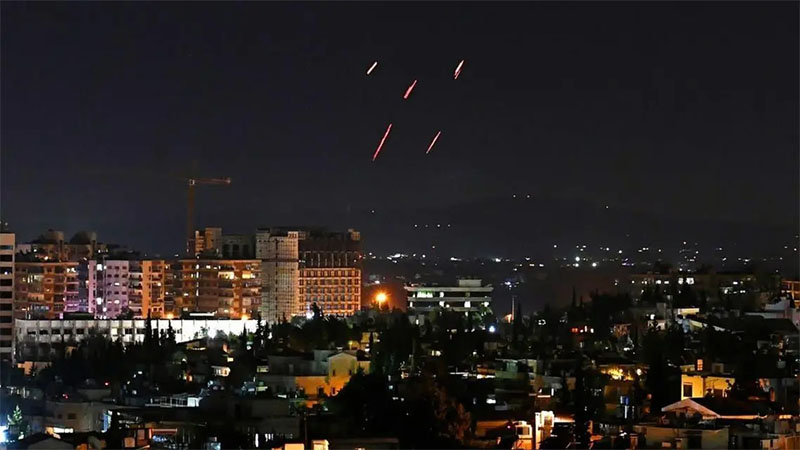 The Syrian Observatory for Human Rights said the two foreigners were killed in the raid on the T4 airbase late Friday, but their nationality was not immediately clear.

The official Syrian news agency SANA earlier said that, ‟at around 9:00 pm (1800 GMT), the Israeli enemy… fired a volley of missiles towards the T4 military airport.”

‟The aggression wounded six soldiers and led to some material damage,” it added.

The Observatory said the attack targeted a drone depot at the base.

Contacted by AFP, an Israeli army spokesperson said the military did not comment on foreign media reports.

Since the outbreak of the Syrian civil war in 2011, Israel has routinely carried out air strikes inside Syria, mostly targeting Iranian and Lebanese Hezbollah forces allied to the Damascus regime, as well as Syrian government troops.

The Israeli army rarely acknowledges individual strikes but has said repeatedly that it will not allow Syria to become a stronghold of its arch-foe Iran.

ISIS claims responsibility for deadliest attack on Afghanistan since US withdrawal