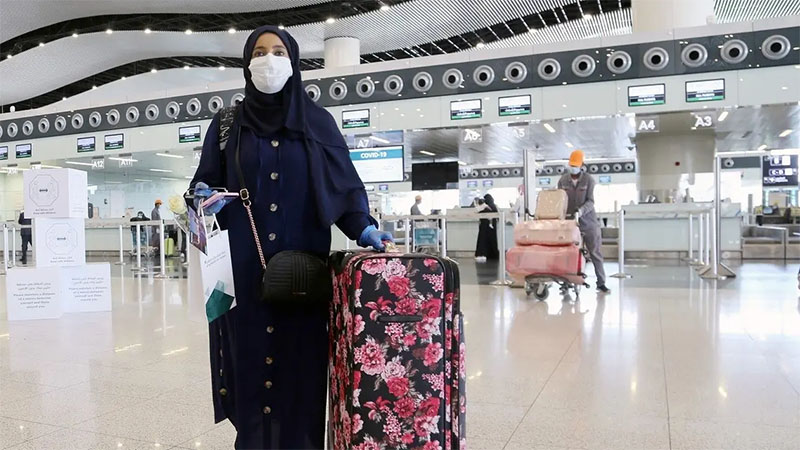 Saudi Arabia’s General Authority of Civil Aviation (GACA) on Sunday announced that all airports are allowed to operate their flights at full capacity.

#GACA issues instructions to all airlines regarding the operation of the Kingdom of Saudi Arabia’s airports at full capacity. pic.twitter.com/nX8zRvNUAT

Saudi Arabia will also allow gatherings and will lift some mask mandates for those who have received both COVID-19 vaccine doses, the interior ministry announced.

On Sunday, the Grand Mosque in the Muslim holy city of Mecca in Saudi Arabia operated at full capacity, with worshippers praying shoulder-to-shoulder for the first time since the coronavirus pandemic began.

The country’s Ministry of Sports announced that vaccinated visitors will be allowed into all sports stadiums and facilities as they operate at full capacity, the official Saudi Press Agency (SPA) reported Sunday.