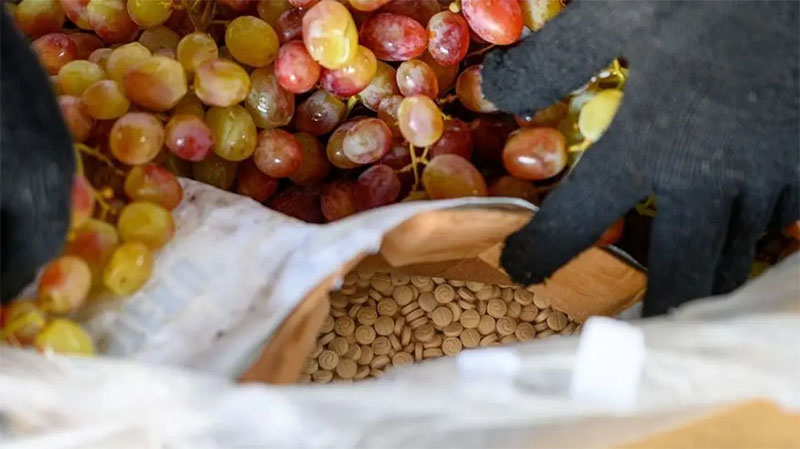 Saudi Arabia on Tuesday foiled an attempt to smuggle more than five million amphetamine pills that were hidden in a container of grapes, the official Saudi Press Agency (SPA) reported.

The official spokesman of the General Directorate for Narcotics Control, Major Muhammad al-Nujaidi, said they foiled a smuggling attempt of 5,246,000 amphetamine tablets inside a container of grapes in Jeddah’s Islamic Port.

The spokesman said they arrested the intended recipients of the shipment in Riyadh and Jeddah, adding that those arrested were Jordanian and Syrian nationals.

They were arrested and referred to the Public Prosecution, al-Nujaidi said, according to SPA.

Earlier this month, Saudi Arabia thwarted a plan to smuggle more than 1.5 million amphetamine pills into the country in cooperation with the United Arab Emirates, the Kingdom’s Ministry of Interior said.

The Zakat, Tax and Customs Authority in Saudi Arabia’s Jeddah Islamic Port in October also thwarted an attempt to smuggle a large quantity of Captagon amphetamine pills, amounting to more than 12 million pills, which were found hidden in a consignment of cocoa beans.