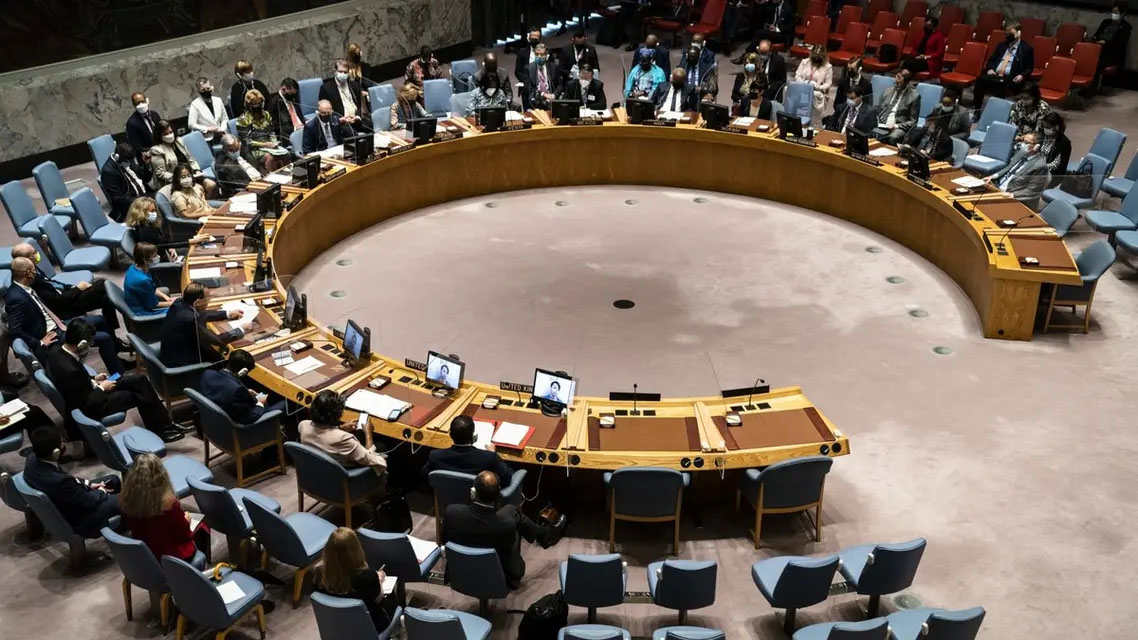 The permanent members of the United Nations Security Council condemned Yemen’s Houthi attacks on Saudi Arabia after a meeting with the Kingdom’s ambassador to Yemen, state news agency SPA reported on Wednesday.

“On November 10, the ambassadors of the five permanent members of the Security Council met with the ambassador of Saudi Arabia to Yemen, Mohammed al-Jaber. They discussed support for the current efforts of the United Nations Special Envoy and the need for a political solution under the auspices of the UN, as well as support for the legitimate government,” SPA cited the statement as saying.

“They condemned the Houthi cross-border attacks against Saudi Arabia, and stressed the need for de-escalation, including an immediate halt to the escalation in Marib.”

The UNSC permanent members, China, France, Russia, the UK and the US also urged all Yemeni parties to “engage in genuine dialogue to reach a comprehensive political solution to end the crisis in Yemen and alleviate the suffering of its people.”

Since January, Yemen’s Houthis have ramped up their attacks on the Kingdom and launched dozens of cross-border aerial attacks on Saudi Arabia. The Iran-backed militia targeted civilian areas and energy facilities in the Kingdom with explosive-laden drones and ballistic missiles.