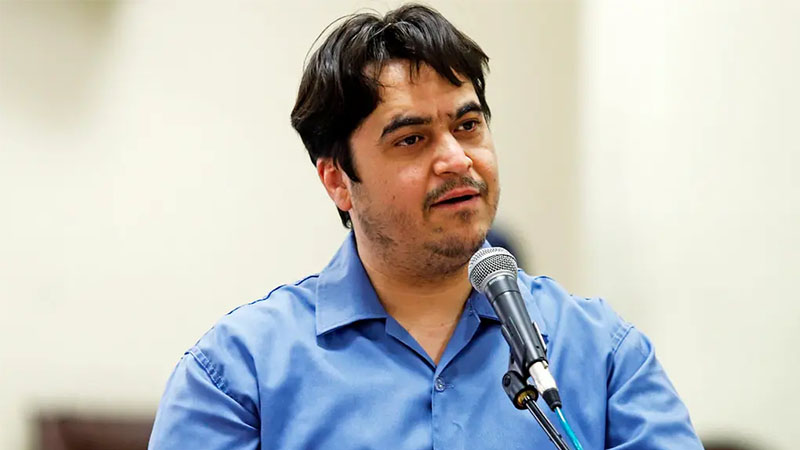 France has denied allegations it collaborated with Iran in the abduction of Iranian journalist Ruhollah Zam, whom Tehran executed in 2020, BBC Persian reported on Friday, citing a French diplomatic source.

Akbar Khoshkushk, a former Iranian intelligence officer, claimed last week that France agreed to hand over Paris-based Zam in exchange for a French spy masquerading as an ISIS member who had been captured by Iran-backed militants in Syria.

“These allegations are completely baseless,” the BBC quoted an unnamed French diplomatic source as saying. “France has condemned in the strongest possible terms the abduction and execution of Ruhollah Zam.”

Iran executed Zam in December 2020 after convicting him of inciting violence during anti-government protests in late 2017.

From Paris, Zam ran Amadnews, a channel on popular messaging app Telegram which had over a million followers.

Iranian agents reportedly captured Zam during a visit to Iraq in 2019. Iran’s Islamic Revolutionary Guard Corps (IRGC) said at the time they had “trapped” Zam in a “complex operation using intelligence deception,” without specifying the location of the operation.

Saudi, US fighter jets escort two US B-1 strategic bombers over Red Sea