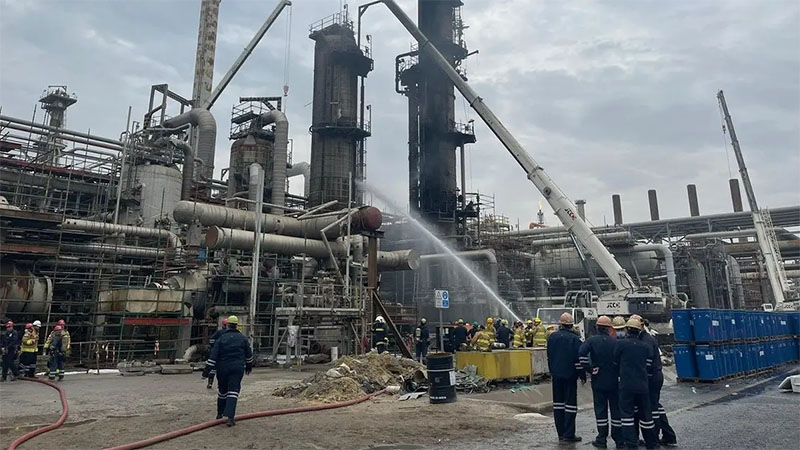 Kuwait National Petroleum Company (KNPC) said on Friday that two workers died in the fire that broke out at Kuwait’s Mina al-Ahmadi refinery.

Earlier on Friday, it was reported that ten people were injured after a fire broke out during maintenance on a gas liquefaction unit at Mina al-Ahmadi refinery.

Seven of the injured were transferred to al-Adan Hospital to complete treatment, of which five of them experienced severe burns and two with moderate burns, according to a statement by the Kuwait National Petroleum Company.

Three minor burn victims were being treated at the refinery clinic, according to the statement published in a Twitter thread.

The fire was reported at the Gas Liquefaction Unit No. 32 at the Mina al-Ahmadi Refinery.

The company claimed to have activated the emergency plan, and reported that the firefighting teams were able to “fully control the fire.”

The company also confirmed that the refinery and export operations were not affected by the fire since the damaged unit was out of service.

The refinery was built to handle 25,000 barrels of oil a day to supply Kuwait’s domestic market primarily with gasoline and diesel.

The facility recently underwent an expansion to reduce its emissions and boost capacity to 346,000 barrels a day.

With Reuters and The Associated Press.