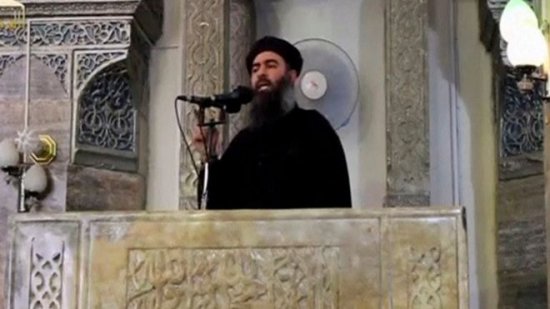 Russia’s defence ministry is investigating whether one of its air strikes in Syria killed the leader of the Islamic State militant group (IS).

The ministry said an air strike may have killed Abu Bakr al-Baghdadi and up to 330 other fighters on 28 May.

It said the raid had targeted a meeting of the IS military council in the group’s de facto capital of Raqqa, in northern Syria.

There have been a number of previous reports of Baghdadi’s death.

This is the first time, however, that Russia has said it may have killed the IS leader. Other media reports have previously claimed he had been killed or critically injured by US-led coalition air strikes.

Forces opposed to IS have been closing in on Raqqa in recent weeks.

Russia sent an air force contingent to Syria in September 2015 to shore up President Bashar al-Assad, bombing both IS and other rebel groups opposed to the government.

Thirty IS field commanders and up to 300 fighters were at the meeting in a southern suburb of Raqqa, the defence ministry said on its Facebook page.

Baghdadi and the others had gathered to plan escape routes from the city, the ministry said.

Su-35 and Su-34 jets were used in the strike, which was preceded by drone reconnaissance flights, the ministry said.

According to the Russian defence ministry, which published photos of the site targeted before and after, other IS figures killed in the strike include Emir of Raqqa Abu al-Haji al-Masri, Emir Ibrahim al-Naef al-Hajj and IS security chief Suleiman al-Sawah.

Russian Foreign Minister Sergei Lavrov told reporters he was still seeking the facts of what had happened, saying, “I do not have 100% confirmation of the information about the elimination of Abu Bakr al-Baghdadi.”

Iraqi detainees launch case to halt deportation from US