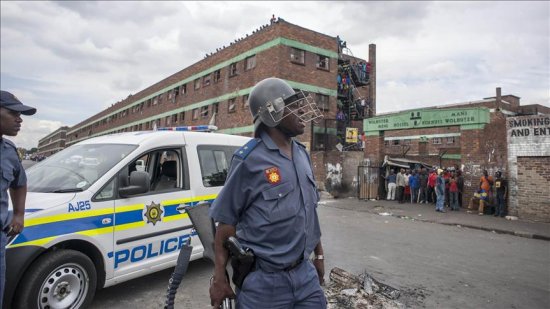 JOHANNESBURG – An Islamic non-governmental organization in South Africa on Saturday condemned the vandalism of a historic church in the city of Cape Town.

According to local media reports, protesting students of the Cape Peninsula University of Technology are suspected to have thrown a petrol bomb on the church on Wednesday evening partially destroying it.

St. Mark’s Church, one of the oldest churches in Cape Town’s District Six, stood out as a symbol of resistance after the apartheid regime forcefully removed nonwhites from the area and demolished their homes from 1960s to 1980s.

“All places of worship whether they be mosques, churches, synagogues or temples are places of sanctity,” Allie said, adding that they should be respected and protected by all citizens.

South African Muslims and other religions enjoy good interfaith relations which date back to their days of the struggle against white minority rule. Churches and other places of worship were used to mobilize citizens to revolt against the apartheid regime.

“The Muslim community prays that the perpetrators are brought to book and face the full might of the law,” Allie added.

Speaking to media, police spokesman Capt. Van Wyk said a 20-year-old suspect had been arrested in connection with the vandalism.