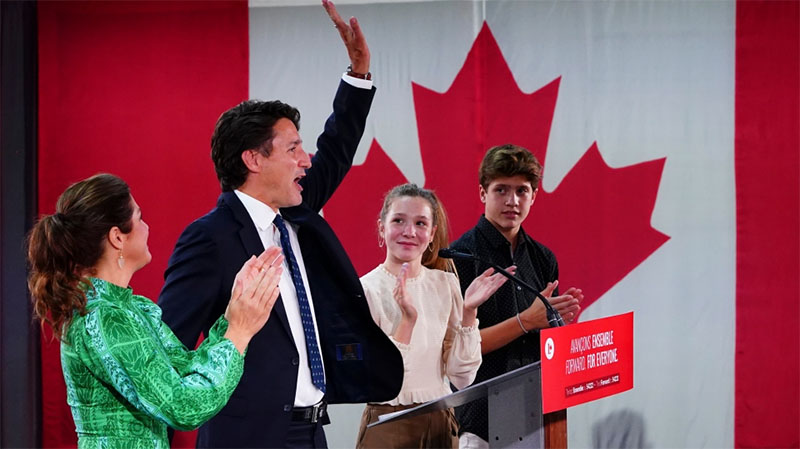 The two leaders discussed their shared commitments to strengthen their economies during the call and pledged to continue to co-ordinate on the COVID-19 pandemic response, according to a readout of the call.

The Liberal Party was declared the winner in Monday’s federal election and will be forming another minority government for the 44th Parliament.

“The President expressed to Prime Minister Trudeau his desire to continue working closely and deepening collaboration with Canada – one of our nation’s top partners,” the White House said.

U.S. Secretary of State Antony Blinken also extended his congratulations, calling the U.S.- Canada relationship one of the “most comprehensive partnerships in the world” and highlighting the ongoing co-operation between the two countries on issues including human rights, global health, and climate change.

“We are extraordinarily fortunate to have Canada as our neighbor, close friend, democratic partner, and trusted ally,” Blinken said in a statement on Tuesday.

O’Toole triggers campaign review after loss, saying no one more disappointed than him