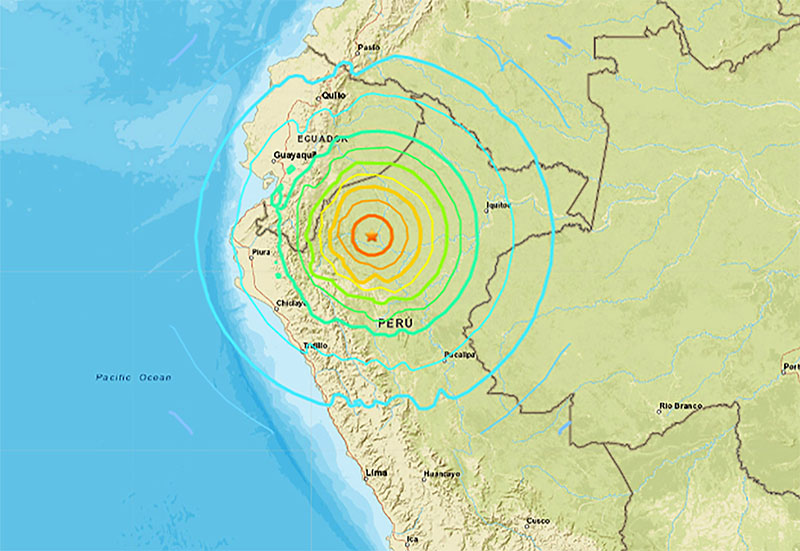 The U.S. Geological Survey says a strong earthquake with a preliminary magnitude of 7.5 has struck in northern Peru.

The earthquake took place at 5:52 a.m. Sunday local time (1052 GMT). While it was extremely strong, it was relatively deep, — measured at 112 kilometers — which usually reduces damage and casualties.

The epicenter was 42 kilometers (26 miles) north northwest of the coastal city of Barranca.

A 14-meter tower in a protected four-century-old church collapsed shortly after the 7.5-degree quake recorded Sunday in northern Peru, according to local media and witnesses accounts.

Video and photos posted online showed the historic tower, part of a 16th-century complex that was considered the oldest Catholic temple in the Amazonas region, reduced to a pile of stones, although the main atrium appeared to be still standing.

Social media posts also showed damage in other locations, including in a church in southern Ecuador. The quake was also felt in Colombia.

Earthquakes are common in Peru, which falls within the Pacific Ring of Fire where 85% of the planet’s seismic activity takes place.